Ultraclean indoor air as a service

With our Air Purifiers, you can remove even nano-size particles, gaseous compounds (VOC’s) and microbes; such as bacteria, viruses and mold spores from indoor air

Our unique electric filtration technology removes even the most dangerous ultra-fine particles, that cause harm to our bodies by penetrating to the blood circulation through lungs. When traditional fiber filter can collect particles about up to 300 nanometer (=0,3 µm) size, Genano® Nonthermal Plasma filtering technology collects particles even 3 nanometer (=0.0003 µm) of size.

In the need of an air purifier? Check out this guide first!
Download now 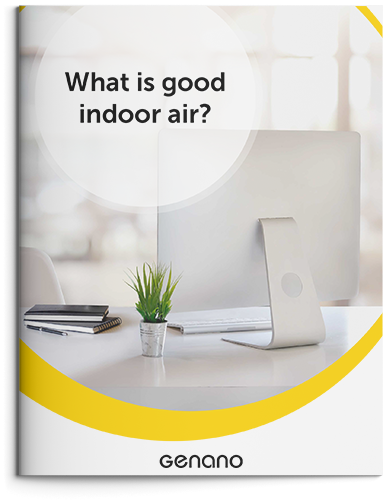 What is a nano particle?

Nano particles are classified as ultra small particles, that according to WHO are the most dangerous for the human body. 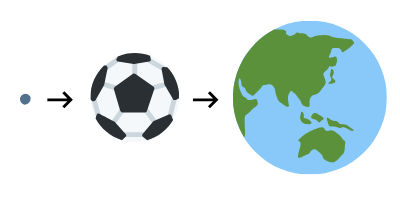 The largest active carbon filter on the market, placed on the upper part of the device, removes gaseous compounds, VOC’s (volatile organic compounds), that usually originate from building and interior materials, cleaning detergents, smells and at some cases microflora.

The emissions from building materials are, for example, solvents and raw material residues, as well as reaction and dissolution products from manufacturing processes, such as furniture adhesives, varnishes, fire retardants or plastics.

This is how to get rid of airborne microbes, such as viruses, bacteria and mold spores

Our air purifiers could be called indoor air disinfection equipments, as they eliminate organic microbes, such as mold spores, viruses and bacteria. There is nothing organic in the device's collection tray, so there is no risk of microbes spreading back into the indoor air. Our Air Decontamination devices are ideal for premises, where there are large number of people, and the risk of airborne contamination, such as flu, is high.

Patented Finnish Genano® technology is originally developed for isolation rooms in hospitals, cleanrooms and laboratories; to prevent cross-contamination, nosocomial infections from spreading in critical areas, and for the safety of immunocompromised patients.

Genano technology is also used in prevention of airborne contamination in laboratories and cleanrooms, such as process food manufacturing, pharma and petrochemical production premises, and to ensure the safety of staff from process-originated impurities, such as dust particles, gaseous compounds or microbes.

Genano® Nonthermal Technology has been tested in several research institutes:

Genano sensors: only through measuring can you verify, what is the quality of indoor air

With Genano sensors, you can see the invisible or odorless. Indoor Air measurement offers you information about the condition of building structures, as well as about the quality and purity of indoor air – in real time. This enables the painless and right kind of upkeeping of the property, while extending the property’s lifetime. Awareness of indoor air quality allows relatively painless adjustments and corrective actions before problems begin to appear.

Real-time monitoring of indoor air quality is here and now. And what is best, the system does the monitoring on behalf of you. The system alerts you of changes that exceed or fall below the set limits. Genano iNtelligent IoT sensors use wireless, worldwide Sigfox network, and you will have access to Cloud Service through easy-to-use application, that can be operated from laptop or mobile phone.

Measurement and real-time monitoring of measurement results provide a solid basis for site maintenance. The purpose of measurement is to reduce uncertainty in decisions, and that way eliminate the possibility of mistakes in corrective actions, as well as to help adjusting the air ventilation.

Accurate monitoring and maintenance enable the well-being of people in the building, and the long life span of the sites. This, in turn, reduces costs, in terms of reduced sick leaves in office buildings, as well as reduced energy costs.

The sensors are easy to install and easy to set-up. Wires or electricity is not required. Sensors with extremely long battery life can be attached directly to the desired room, where the system immediately starts monitoring the indoor air quality.  The data is available within half an hour. Genano service saves money, as temporary evacuation to other premises is not needed. Air Quality Measurement Service in combination with Air Purification prevents the pollutants from entering into the indoor air and ensures a healthy indoor environment.

Easy to install iNtelligent Air Quality Service protects people from outcoming air pollutants, that can be a significant problem in industrial cities, or nearby roads with heavy traffic.

Exposure to traffic exhaust emissions occurs mainly indoors, where we spend most of our time. Outdoor air pollutants such as asphalt dust, traffic pollutants, pollen, and particulate emissions from combustion processes are spread indoors within ventilation.

Electric filtration is the most effective way to collect also ultra-fine particles, as the technology collects particles of all sizes, to the collection surfaces by a powerful corona discharge. As outdoor air pollution increases, the need for purifying the incoming replacement air is also increasing. That is why in the planning of new buildings, the purification of outdoor inlet air should be taken into account in order to prevent indoor air problems in the property.

Electric filtration does not cause pressure drop, unlike clogged fiber filter does, and therefore it decreases the energy consumption in the building.

Savings are also be achieved by the fact, that there are no changeable fiber filters. It is enough to clean the collecting surface in the electric air purifier, after washing it can be placed back to its place and the purifier is back in use again.  This ensures that the performance of the purifier remains high at all times, the usage is ecologically friendly and supports sustainable development.

Indoor air problems have various causes - not always mould. Impurities in indoor air cause symptoms such as colds, coughs, fatigue, eye irritation, blocked sinuses, headaches, allergies, asthma and skin symptoms, as well as respiratory infections and sinusitis.  All factors in buildings that increase the risk of allergic symptoms can be alleviated by good real estate management.

Indoor air problems incur considerable costs through, for example, a lowered ability to work, sick leaves and even disability.

Learn about the concept of clean air as a service and how it works. From assessment to maintanance.

Learn all the benefits that you can achieve with our technology and how easy it is to use.

Our advanced solutions to ultra clean air. Learn how our solution removes nanoparticles from the air.

Read how different organisations have improved their indoor air quality:

Kirkonkylä School in Hämeenkyrö is one of the forerunners in protecting teachers,...