If we want to reduce the number of infections, indoor air must be purified and monitored better. In this example, the Belgian federal government is working on it, but for months now it has been recommending air purifiers of questionable quality. 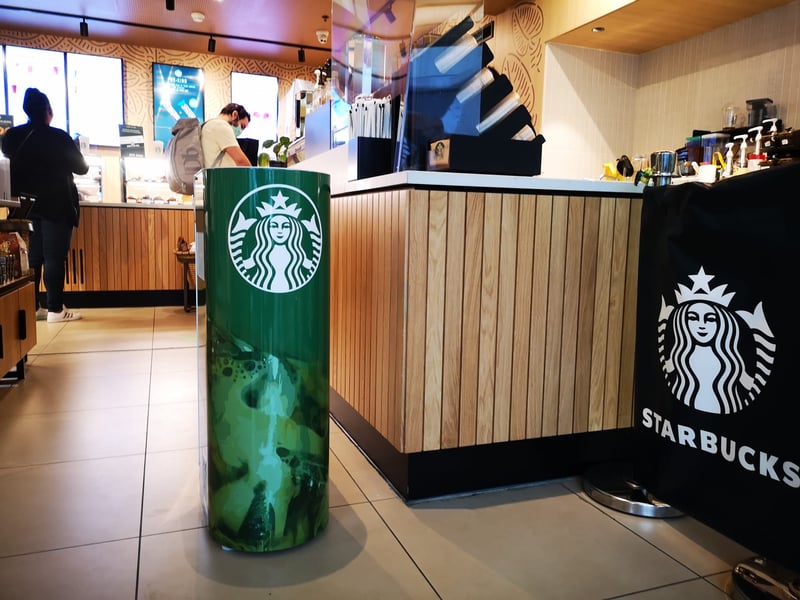 Starbucks Autogrill did their own research to find the best air purifier service provider in Belgium. Genano Technology® has been tested by various independent research institutions.

When the weather gets cold, it’s increasingly difficult to maintain optimal air quality in indoor spaces by opening windows and doors. In Belgium, however, that is what the federal government expects from many entrepreneurs. Horeca establishments, fitness centres, venues and many others must continuously monitor the air quality with CO₂ meters.

If opening doors and windows is not enough to keep the meter green, investement in extra ventilation or air purification is needed. Since early November 2021, businesses that install enough air purifiers can ignore the alarms of their CO₂ meters. Basically the air purifiers are placed so that they clean the air so well that CO₂ concentration levels become less important.

It is crucial that the air cleaners are fit for the job, but finding the proper ones isn’t easy

On the federal government’s website, the FPS Public Health put together a list of approved air purifiers, giving the impression that all the devices on the list are of top quality and that their efficacy in combating corona has been proven, but unfortunately that’s not the case.

"The market for air cleaners has become the Wild West," says Bert Blocken, professor of Building Physics at Eindhoven University of Technology. “On the government list, firms that have been building air purifiers for decades are on the same level as those that jumped into the market out of opportunism when corona broke out. Everyone claims to be the best, but in reality, the quality of the devices can vary considerably."

There are international standards, but manufacturers do not have to follow them. They can have their own tests carried out by a lab of their choice. This has major consequences.

"To get on the list, an importer can simply issue his own certificates. The wheat and the chaff are not being separated.”

For Professor Blocken, the current situstion is worrying:

“The government cannot justify presenting such a sloppy list to the citizens. It’s good that we have recently started to focus much harder on air quality, but this mistake needs to be fixed quickly. The FPS Public Health states that it is trying to correct the list as much as possible. However, there is no unified method at EU level for comparing the performance of the air purifiers in the market.

Blocken suggest an ambitious approach where the government could make independent laboratories test the air purifiers according to a standardised procedure. Based on these tests, it would be possible to compile a proper list of effective air purifires. Otherwise companies can continue selling a false sense of security. Without proof entrepreneurs are taking a high risk of installing poor quality air cleaners. And that’s definitely not the way to reduce infections.

If you found this interesting, we suggest these articles next:

How could people be provided with clean indoor air?

What kind of impurities can be found from our indoor air?