From the website of the Italian Ministry of Health 7th December 2020:

“The occupancy rate of ICU beds in Italian hospitals still exceeds the critical occupancy threshold at national level. Overall, the number of people admitted to intensive care decreased from 3,816 (24/11/2020) to 3,663 (01/12/2020). The utmost attention is still required in the adoption and compliance with safety measures and to maintain a high level of attention to behavior."

As of December 4th 2020, there were 455 positive Covid-19 cases in the North West Tuscany USL (Local Health Authority):

The Technical Offices of North West Tuscany did not wait for the second wave in order to improve the quality of the air inside the hospitals, they acted on time!

In July, when there were only 160 cases, they already had enough information to determine which devices were to be installed to limit the infections from Covid-19 among healthcare workers and patients.

A top priority was isolating the high-intensity departments dedicated to Covid-19 cases from the rest of the hospital premises with the help of negative pressure.

The Technical department sought for an alternative solution to HEPA filtration, which would have involved weeks of installation work and costs that exceeded the budget.

The trade unions gave an additional push towards finding a solution – their priority being the protection of health personnel from new infections and helping to contain the absences caused by Covid-19 infections.

Eng. Fabrizio Maggiorelli coordinated the redevelopment of the Emergency Department of the Versilia Hospital during the summer months when infections declined.

After evaluating several proposals with traditional HEPA filtration, Maggiorelli took a different direction and presented Genano's patented filterless Nonthermal Plasma technology to the management: negative pressure environments are created at five times lower costs than HEPA using portable air purifiers. Other advantages of Genano Nonthermal Plasma air filtration technology: the total decontamination of pathogens and the absence of filters that would have created additional maintenance as well as risks of spreading viruses.

The Genano devices, used for over 20 years, also during earlier epidemics, have recently been tested by the independent Finnish laboratory VTT – demonstrating a complete air treatment by eliminating viruses, germs, bacteria and all airborne nano-particles up to 0.003 μm which can harm the health of patients, healthcare professionals and visitors, by entering directly into the bloodstream.

The North West Tuscany USL therefore purchased three Genano 5250 units and one Genano 350 unit. In addition, they puchased one Genano Tube to be installed in the corridor in record time for the Versilia Hospital. 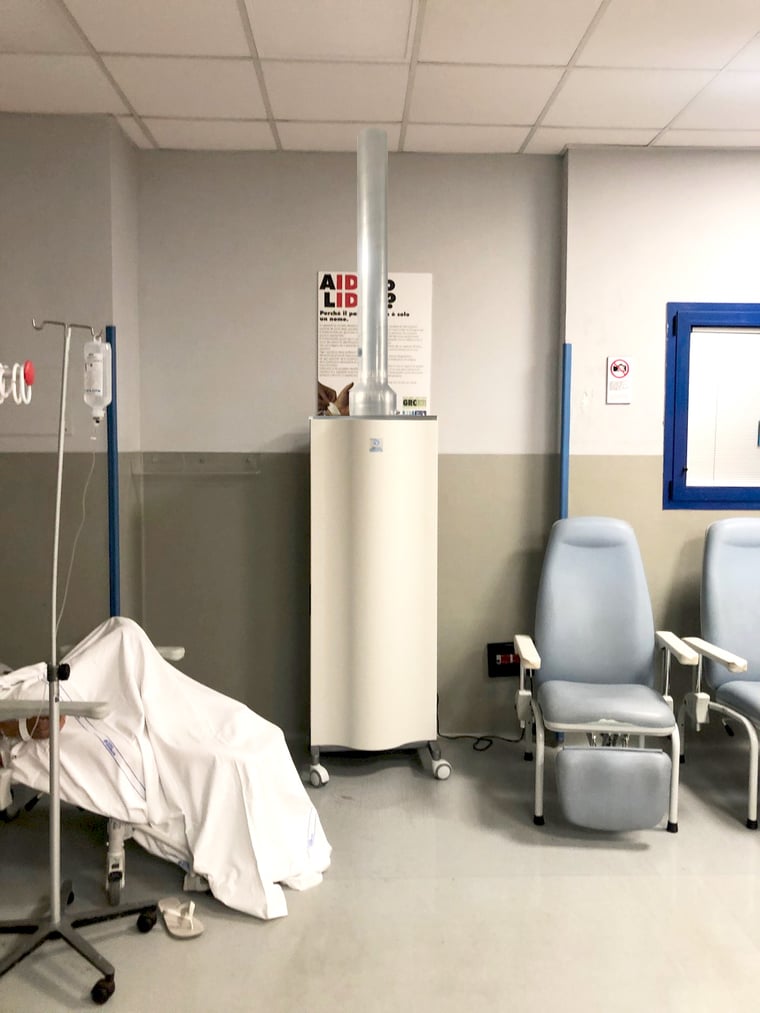 The G5250 and G350 models are stand-alone units which means easy plug & play installation. Their air handling capacity ranges from 300 to 500 m3/h. They have no HEPA filters to dispose of, instead they eliminate even nano-sized viruses and bacteria using patented Nonthermal Plasma technology.

In addition, the units are equipped with wheels and can be easily transported where they are most urgently needed. 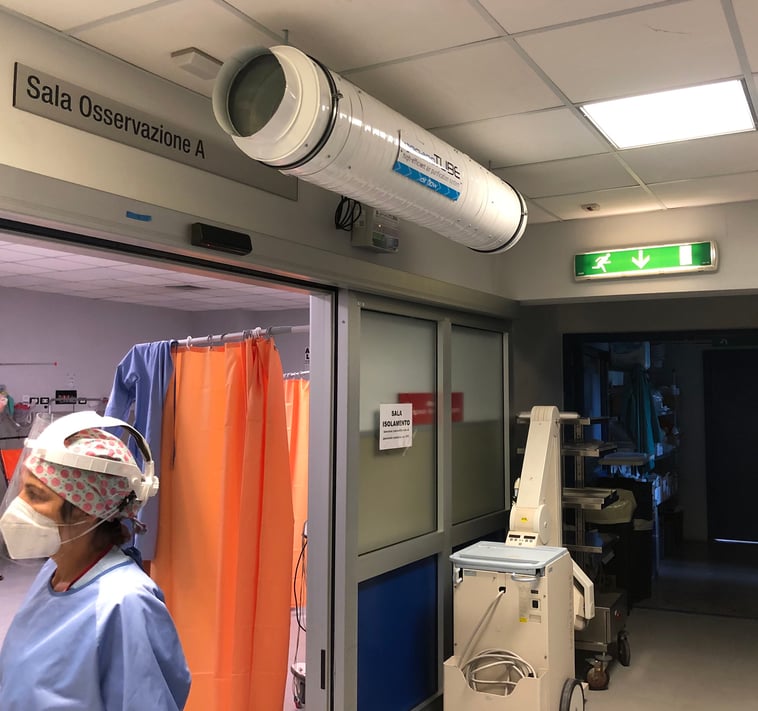 The Result: Internal scientific tests were conducted to confirm the real effectiveness of Genano Technology in COVID-19 wards

The Technical Department of the Versilia Hospital was sure that the tests conducted on Genano devices directly in its own laboratory could find an immediate positive response for the trade union health operators and could be useful to the other technical offices of the USL.

"The sampling was performed with the device running inside the COVID-19 ward and lasted two hours, at the end of which no traces of the contaminant SARS-CoV-2 were detected in the air – on the contrary, some viral RNA was found on the surface of the suction grid of the device."

Eng. Maggiorelli was the first among the technical managers with whom Corrado Cerutti - Head of Genano Italy - spoke with, which was followed by discussions with other technicians such as colleagues from the San Luca Hospital in Lucca (Ing. Marsala and Ing. Buratti), Hospital of  Apuane di Massa (Ing. Arrighi), Hospital of Livorno (Ing. Musetti). As a result, Genano has supplied another eight G5250 units with negative pressure kits.

Last but not least, it should be noted that NGOs have also worked hard to support local safety: the Livorno Foundation has donated another 4 Genano 5250 units with negative pressure kits to the Hospitals of Piombino and Cecina. 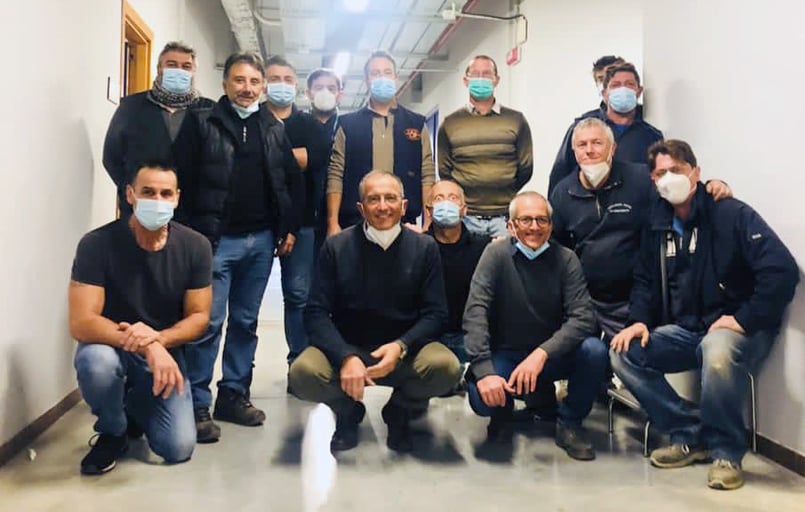 The Technical Team of the Versilia Hospital