When Covid-19 shutdowns closed people into their homes, Yousician saved millions of people around the world from boredom. For many people, quarantines and restrictions gave a perfect opportunity to start a new musical hobby or continue a hobby that had been buried under the everyday life obligations with work, kids, hobbies etc. Yousician makes high quality music education at home available for everyone with just a few clicks.

The remote work recommendations emptied Yousician's headquarters in Helsinki for about a month. However, many of the jobs require physical presence, so the office was used at different volumes during the different phases of the pandemic.

A solution to prevent infection

When Youscian's Senior Office and HR Manager Kaisa Sosala noticed Genano's air purifiers in a restaurant in Helsinki in the summer of 2021, she decided to investigate Genano's solution further. She reasoned that if the air was cleared of infectious viruses, people would be more encouraged to come to the office and safer encounters with employees would be possible. 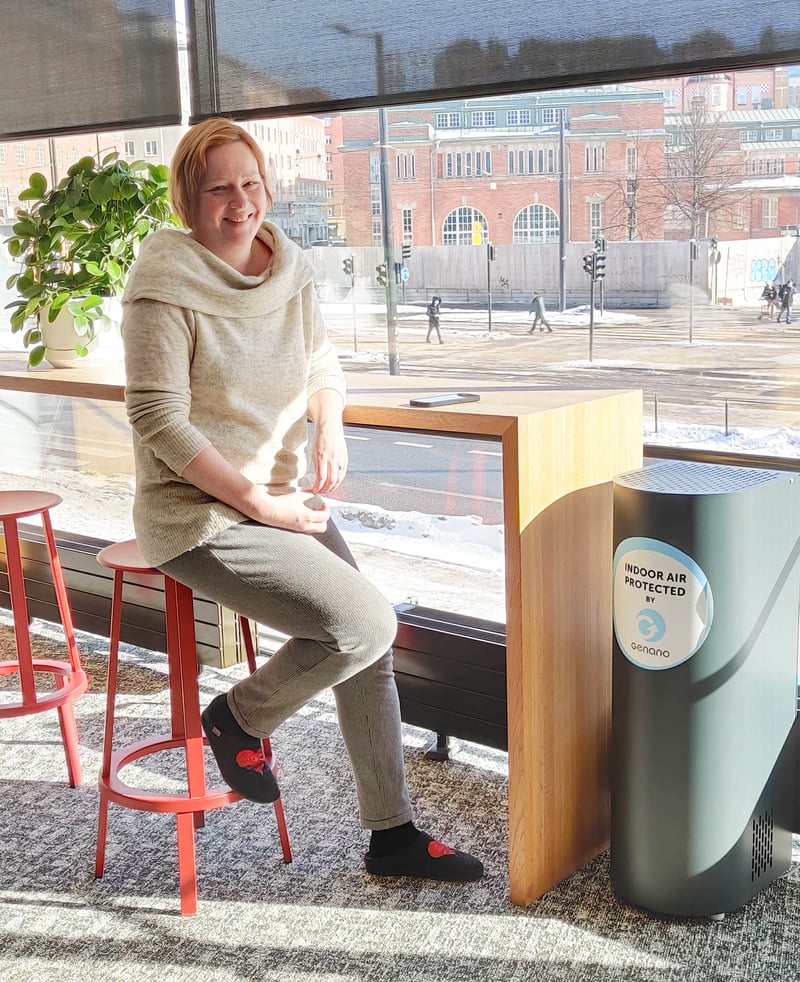 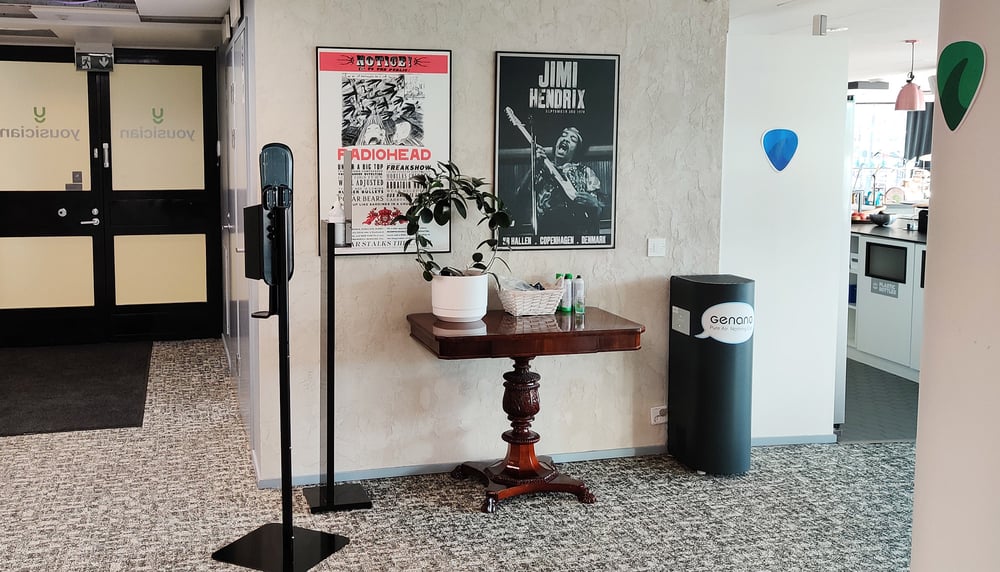 The stylish Genano 350 model was chosen because it is highly effective - according to a study by the Technical Research Center of Finland, it removes all airborne viruses and bacteria from indoor air with 99.999% efficacy. The indoor air circulates through the units continuously, so that the air is completely cleaned every 15 minutes or so. This prevents virus levels from building up as high concentrations, making infections very unlikely.

"After installing Genano air purifiers, the willingness to come to the office increased significantly. Employees gave feedback that it was great to see such an effort in staff health. The air purifiers are very wanted - for example people quickly notice if an air purifier is missing from a meeting room and they go and fetch one. The presence of Genanos has become so important that we even took them to the Christmas party in the restaurant across the street," says Sosala.

A differentiating factor in a competitive recruitment market

During the pandemic, the number of Yousician users has increased significantly. The app is constantly evolving - learning to play and sing in the app is very interactive and the production of educational material is an ongoing process. As a result, the staff has almost doubled during the pandemic.

Due to the strong emphasis on recruitments, top-level candidates are being searched from all over the world. Yousician realized that especially when they suggest job candidates to move to Finland from abroad, Genano air purifiers play an important role in the final decision process. The fact that the office's air is being purified with powerful air purifiers is highly valued. Safe air in the office is also mentioned in the list of employee benefits in the job offer. 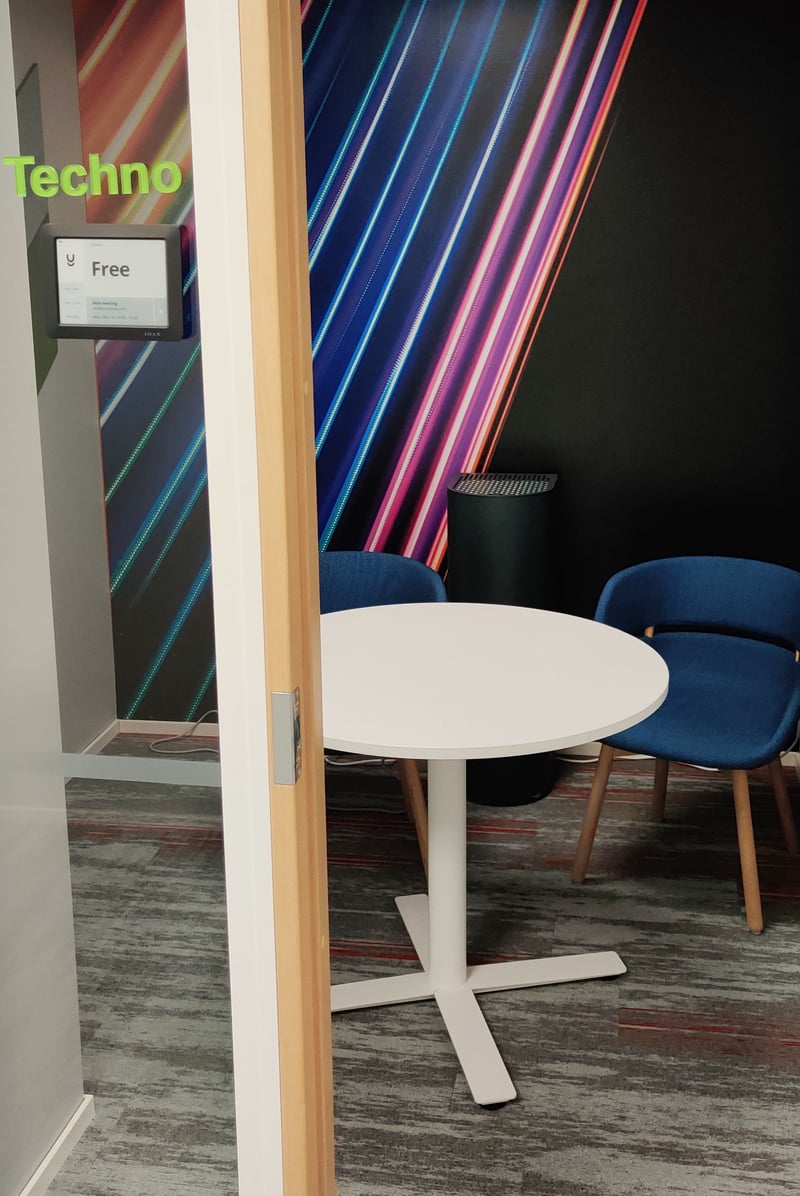 A preventive solution for the long term

At some point, Covid will end, or it may remain in our midst, but the need for healthy air will never end. Even if working with colleagues face to face does not pose an immediate health risk, investing in staff wellbeing is always worth it.

"We didn't get Genano air purifiers just for this pandemic – people will keep getting sick also with seasonal flus and other viral diseases. I believe that Genano will significantly reduce sickness absence. We've had four or five different situations, where a person who had corona without knowing it, exposed about ten people at a time, but not once has this resulted in infections in colleagues."

Yousician din't get Genanos just for viruses either. Genano's air purifiers also remove all ultra fine particles from the indoor air. Using a unique, patented technology, the devices remove much smaller, nano-sized particles from the air compared to competitors. The smaller the particle, the more dangerous it is. In the long term, microscopic particles are the cause of many serious, chronic diseases. Genano is also effective in removing background ozone and VOCs, for example, which are carried into the air we breathe by furnishing materials, fire retardants and various appliances.


Last but not least, clean indoor air also has a positive impact on general well-being:

"The air in the meeting rooms has been praised for no longer feeling stuffy," says Sosala.

Air purifiers increase comfort and safety in the open office 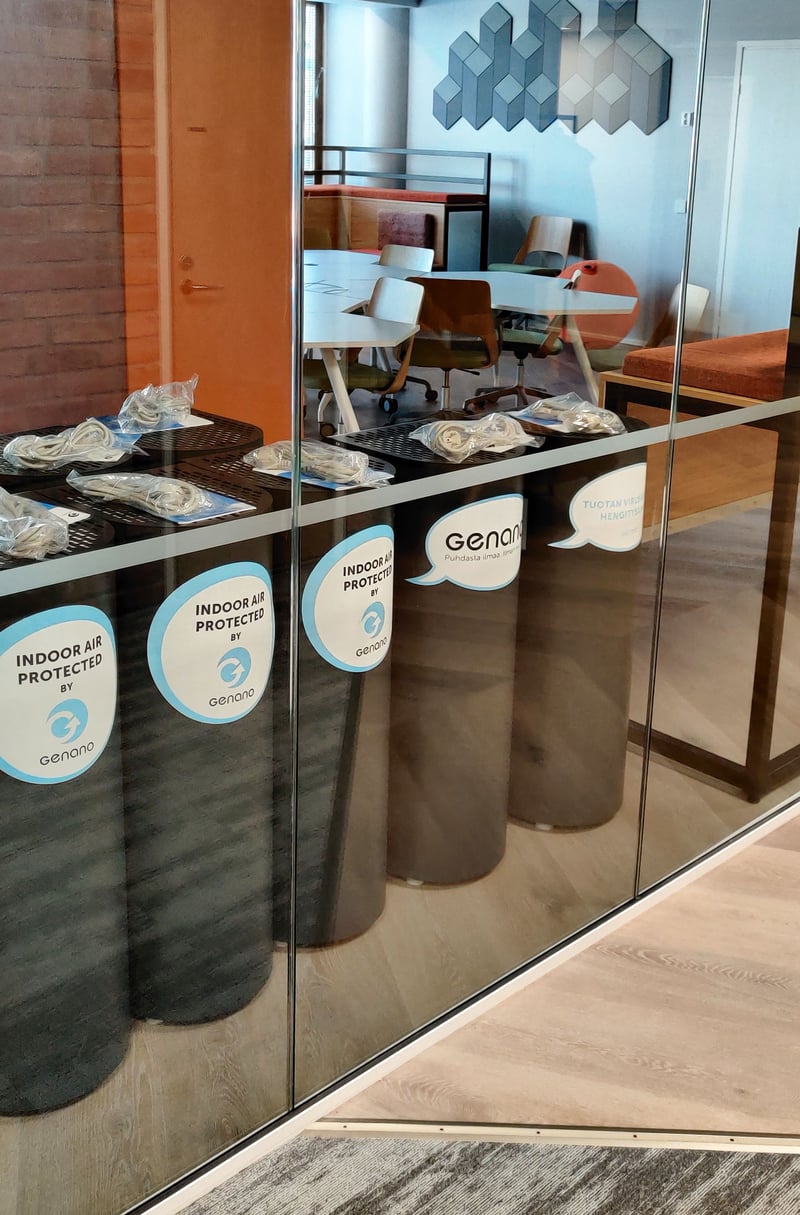